FOCUS ON A TREND : THE LEOPARD PRINT

Everyone noticed it, this season the leopard is omnipresent. It is THE trend of the moment, adopted by fashionistas all over the world. Impossible to walk without meeting fashion designers who have adopted feline print! 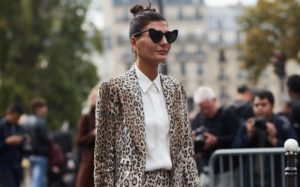 Long sulked because considered vulgar, it first came back discreetly during the 2014-2015 seasons and then in force during the autumn-winter 2016-2017 fashion shows (on the podiums of Isabelle Marant, Moschino, Dolce & Gabbana and Prada among others…) before being taken over by the whole fashion world, even if it meant (a little) doing too much and brushing against bad taste and excess. We have seen it diverted in association with other prints, with bright colours, but also in a bold way, whether it is the choice of materials such as leather or woolen fabric, or the cut (blazer, mini puffed, draped,…). 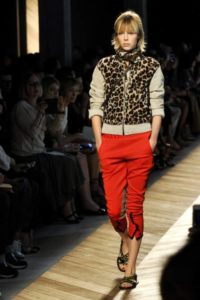 The famous American journalist and emblematic editor-in-chief of the VOGUE US, Diana Vreeland, wondered “Who would want to live in a world without a leopard?”

Symbol of power among Egyptian princesses, sex appeal in the 50s and 60s and more recently grunge and pop in the 60s, the leopard makes his comeback not the great doorway to haute couture. 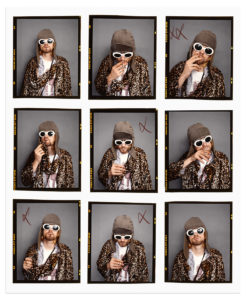 Just look at the windows of the big retailers who are playing the game of the trend all the way. Bags, shoes, shirts, scarves, sweaters, coats, t-shirts, dresses, hats… Everything goes through! With more or less elegance… So adopt the trend, OK, but a little hindsight has never hurt anyone! So unless you work at VOGUE or your name is Kate Moss, you avoid the first degree and go for it with finesse. 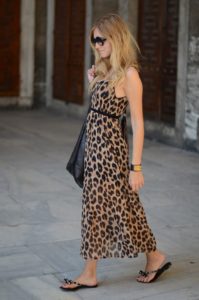 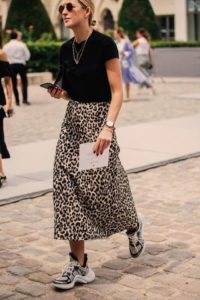 Are you in the style of adopting it from head to toe, twisting it with bright colors as we have seen in Tom Ford and many models and bloggers?

Or rather the style to use it to accessorize your outfit with more discreet touches?

Whatever your look, you can’t escape it this fall. At the Erudite Concept Store, we have chosen to offer it in the form of boots with leopard printed detail. It will therefore be easy to adopt on a perfect pair for the season. 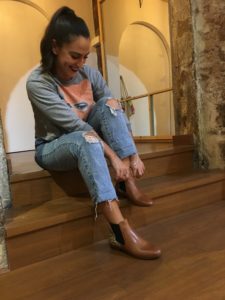 Follow our latest news
and get a voucher code

Leave your details for more information